AN-001236
Nephalem Rift T16
Blizzard Entertainment is one of the largest and most successful development studios in the world. They are responsible for many great games, like Starcraft or World of Warcraft and of course Diablo. The first Diablo was released in 1996 and was the beginning of a large game series. Blizzard created a milestone back then with the first Diablo, and it's a milestone that everyone else has to address if they want to be successful. With the release of Diablo 3, Blizzard has responded to a long-awaited request from players. Twelve years after the release of Diablo 2, a sequel, Diablo 3, has finally arrived.

With Diablo 3, action role-playing game fans can finally get their money's worth again. Diablo does not really belong to the action roleplaying games, because it is more of a hack and slay. Hack and Slay is a roleplaying game category and became known by so-called Pen&Paper games. In the Hack and Slay games, more and more attention is paid to the slaughter of monster hordes and the actual role playing falls into the background.

Diablo 3 has a total of seven different and individually designed heroes, each with different skills and talents. The character classes consist of Barbarian, Witch Doctor, Wizard, Monk, Demon Hunter, Crusader (Reaper of Souls) and Necromancer (DLC). The countless different talents and abilities will be unlocked bit by bit and automatically every time you level up. The runes also give you special bonuses or passive abilities, which are also unlocked when you level up. The new 3D graphics created for the game can be admired from a bird's eye view. It's a huge step forward compared to the predecessors and can't be compared at all.

Like all Blizzard games, Diablo is a multiplayer game at the forefront. You can play the game in a group of four, which helps build a sense of community. Battle.net is the name of Blizzard's gaming platform where all of their games are distributed. This also makes it much easier to play with your friends. Diablo 3 automatically adjusts the game! If you're playing with four people, the game will be a lot harder on the difficulty level than if you're playing alone. In Diablo 3, you can set dozens of difficulty levels, the highest of which is Torment 13, and with our boost you'll be able to withstand it yourself.

What are Nephalem Rifts? There is a difference between normal and large Nephalem rifts. In normal portals you have to kill a certain number of enemies for the rift guardian to appear and in large portals you have to do it all under time pressure. For large portals you have 15 minutes to defeat the rift guard. The faster you do it, the better your loot will be. If you still haven't summoned the rift guard after the 15 minutes, he will still appear. However, his booty will not be very splendid for you. To enter such a Nephalem rift, you must have a keystone. The great rift offer great rewards upon completion, including the legendary gems. If you have one of these legendary gems, you can upgrade and upgrade it. You can upgrade it after you have successfully completed the portal, because after defeating the Rift Guardian, Urshi will appear and you will be able to make various upgrades and improvements. Once you have successfully upgraded your gems, you will be able to unlock another legendary ability at level 25. For many gems, the upgrade limit is level 50, and in our Nephalem Rift Boost, our players will be able to complete the most difficult torment levels for you. With a Diablo 3 Boost from Melk Trupp, you'll have the best and safest boosting service. 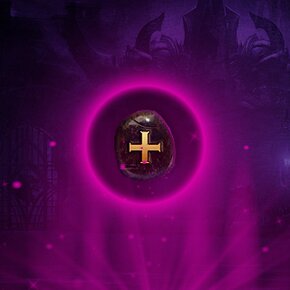