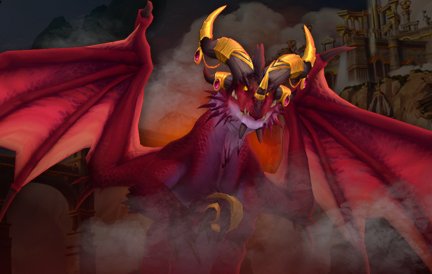 With the Dragonflight expansion, the adventure on the Dragon Islands begins. There are 6 new areas where countless trials and challenges lurk.

Their names are the The Waking Shores, Ohn'ahran Plains, The Azure Span, Thaldraszus
Valdrakken, Forbidden Reach. On the Dragon Isles, the players, are confronted with different problems of the dragons. While the green dragons mourn Ysera, Furorion attempts a conquest.

As usual for a World of Warcraft expansion, there are quite a few new features. We can expect the new class Caller of the Evoker, this is a chain armor class that can specialize in Range or Healer. Thus, this class is a new challenge for every World of Warcraft player as a ranged fighter and as a healer. Dragonflight will be released over 4 phases, in the first phase on October 26, the preparation patch will begin.

In the second phase, on, November 16, the Evoker race will be playable. In the third phase, on November 29, Dragonflight has been officially released. In the fourth phase, on December 14, Dragonflight launches the raids.

Vault of the Incarnates Normal

Vault of the Incarnates Heroic

Vault of the Incarnates Mythic

Glory of the Dragonflight Hero

Glory of the Vault Raider

Single Bosses Vault of the Incarnates

Hero of the Horde Rating

Hero of the Alliance Rating

The raid, Vault of Incarnates is the first challenge that Dragonflight will put us to the test with. This raid allows players to equip their characters with Normal Item Level items at 398+, or Item Level 411+ on Heroic difficulty, as well as Item Level 424+ on Mythic difficulty. The coveted 'Primalist' tier sets in Dragonflight are difficult to earn, so let Melk Trupp help you add them to your collection. The highly anticipated talent trees will also be available now.