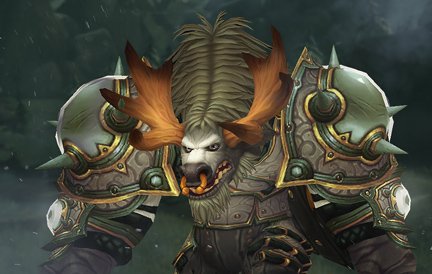 In Battle for Azeroth, the major expansion for World of Warcraft, patch 8.3 is the last major update and will bring us another new raid, Ny'alotha. Blizzard is bringing a new raid with each major expansion, and the matching Full Gear.

Full gear is a must in WoW, because it's the best you can get from the raid. Each raid has its own Full Gear and as always, it is divided into three levels of difficulty. They are available in Normal, Heroic and Mythic. The Full Gear that is most important for you is the Mythic Full Gear. With it, you'll be able to compete anywhere in Azeroth, whether you want to go into the arena or just have fun with PvE. The Mythic Full Gears are the best there is and probably the hardest to get.

A full gear will be given to you by the best WoW players in Melk Trupp! With our Boost you are untouchable far and wide on your server. You will become one of the best in your area. With the last raid for Battle for Azeroth the item level will rise to 475 and with our Full Gear Boost this will soon be yours.