Here you can find the PvE and PvP services for the current patch of World of Warcraft Retail.

Here you will find the PvE and PvP services for the oldest WoW Classic Era.

Here you will find the PvE and PvP services for the legendary Classic Era servers.

Here you will find the MMR Boost Services as well as the Calibration Matches.

Here you can find your Level Service and Paragon Boost Services.

Here you will find the option for a Rank or Competitive Win Boost.

Buying a boost is easy

Registration
Register in the shop
Step 2 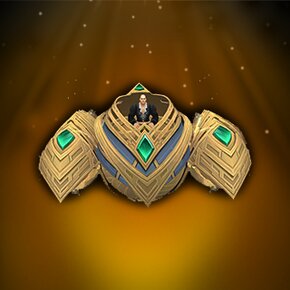 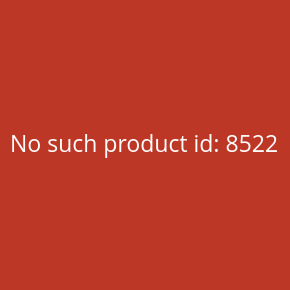 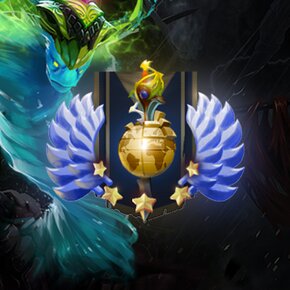 Melk Trupp Boosting is a successful gaming company, which has developed thanks to its numerous awards, successes and years of experience. We give you the opportunity to boost your achievements, leveling and goals in various online games that you have always wanted to achieve.

Whether World of Warcraft (WoW Boost), Dota 2 Boost or Diablo Boost. Our professional players will help you reach your goal. These include MMR Boost in Dota 2 or various categories in World of Warcraft, such as Arena & Battlegrounds, Dungeons & Raids, Coaching or Play with a Pro. Everything is possible at Melk Trupp Boosting. With us you can choose whether you want to play yourself or one of our professional players plays for you. We are looking forward to seeing you!

Here you have the opportunity to earn achievements for the game World of Warcraft and achieve goals you always wanted to reach. We offer you the best PvE sell runs or even PvP boost. Our professional players will help you achieve your desired goal.

When Blizzard released World of Warcraft back on November 23, 2004, they created a game for the ages.

We are at home in the boundless MMORPG realm of WoW. Melk Trupp sees itself not only as a boosting company, but as a collective of the most successful players in PvE and PvP. We are multiple Blizzcon Champion and Bleached Bones Champion. Enjoy World of Warcraft a bit more and let us do the annoying work for you.

Once your equipment is ready for battle, we recommend you go on an incredible adventure with our guild through the PvP lands and arenas of World of Warcraft. Exciting arena and RBG battles await you, which you will easily master with our help.

If your heart beats solely for the PvE content in World of Warcraft, you can also count on our full support. More than 100 raid guilds, as well as well-rehearsed Mythic Plus experts, are eagerly waiting to play dungeons and raids with you in top times.

With the release of World of Warcraft in 2004, Blizzard created one of its biggest hits in gaming history. Now on August 26, 2019, Blizzard reopened the WoW Classic version on the WoW servers.

Now all WoW veterans have the opportunity to relive their Classic experience.

You commit one of the PvP titles that you could not earn in the past or at the present time. Then you can count on our full support from now on. With our help, there are no limits to what you can do.

Before you can start the epic battlegrounds adventure, you need maximum level and the right gear.

If you can't meet the requirements of the PvP Battlegrounds due to time constraints, we can help you with our experienced players and help you overcome all the annoying and time-consuming quests and tasks.

TBC Classic is an experience for both young and old, where veterans meet up with worthy trials from their youth and the newcomers are actively supported by the old hands in PvP, or run into the ground.

Burning Crusade Classic has now been divided by Blizzard into 5 phases, starting with the Karazhan raid. The 5 phase is completed with the Sunwell Plateau.

Here you can find everything about Dota 2, a free-to-play game from Valve that was officially announced in 2001 and released on Steam in 2013. It is one of the most popular MOBA games of all time!

On Steam, Dota 2 is breaking all records and is one of the most played games on the Steam platform! In Dota 2, more prize money has been paid out than in any other e-sports game, with over 200 million US Dollars.

Since 2005, a designer named IceFrog has been developing the Dota 2 maps to make them e-sports ready. To this day, he holds this position as the lead developer. With his help, one of the most popular multiplayer real-time strategy games in the world has been created.

Technically, Dota 2 is based on a modified version of the Source Engine, which has been developed by Valve since 1999.

We mainly help our customers in this game to achieve their desired ratings together with our MMR boosters. Here it is very helpful to have a well-rehearsed team at your side, which supports you with tips and tricks.

Blizzard has launched Diablo 3 one the greatest action role-playing game! Diablo 3 was released in 2012 for PC and 2013 for consoles. The game was so successful that it even came out again in 2018 for the Nintendo Switch.

It was so well received by players that Blizzard decided to release an expansion called Reaper of Souls on March 25, 2014.

It is still very actively played by players, so the Entwlicker regularly released new content patches, such as the introduction of the season mode.This usually lasts 90-100 days. At Blizzcon 2019, the successor Diablo IV was announced, this is now eagerly awaited by all players.

No game is as detailed as Diablo when it comes to equipment and bonuses associated with them. Players spend countless hours pairing their sets with the appropriate talents and paragon levels.

We support our customers especially in getting the coveted and mostly very hard to get equipment, so that the Rifts don't cause you any problems anymore, even solo.

Here you have the opportunity to achieve various goals for Valorant that you have always wanted to achieve. We offer you the best rank boosts or even simple placement matches. Our professional players will help you achieve any Valorant service with ease.

When Riot Games released Valorant on 2 June, your game created a huge hype that continues to grow.

Melk Trupp sees itself not just as a boosting company, but as a collective of the most successful players in gaming.
Our Valorant boosters are all top players who are passionate about the game and already have e-sports experience.
You can earn any Valorant service from us via accplay, or participate directly in the action as a self-player.

League of Legends, or simply LoL, is a game developed by Riot Games and released on 27 October 2009. It is a free to play game that enjoys several million active players.

There are 2 maps in League of Legends, one is the 5vs5 map (Summoner's Void) and the other is Aram (Howling Gorge). There are different game modes, you can choose between the ranked games or the normal games.

Players can choose from 155 different heroes before each new round.
These heroes can be divided into different groups, the following classes are selectable, assassin, warrior, mage, marksman, tank, support.

Depending on how successful you are in the couches, an automatic system will judge you and place you in the ranks between, Unrated, Iron, Bronze, Silver, Gold, Platinum, Diamond, Master, Grandmaster Challenger.

It's an exciting game that can claim to be the best in its category, with countless players and challengers waiting for you around the clock.
At no time of the day are there long waiting times in this game, due to the popularity of League of Legends.

We recommend our customers here not to get discouraged if they have received too many downgrades. We guarantee that with our help, every talented player will feel constant growth, which can be seen in their promotions in the league.

You can't just focus on pure PvP activity in this game, you can specifically look for opportunities to defeat NPC enemies such as the Hell Dragon, Mountain Dragon, Cloud Dragon, Sea Dragon or Ancestor Dragon with your teammates while pushing back enemies to gain benefits such as increase in attack power, armour and abilities such as cooldown reduction of ultimate abilities.

All of these tactical team-fighting possibilities help a creative player to develop to their full potential. Find the right Hero and start your own legendary story.

12 Years
Experience in the gaming industry